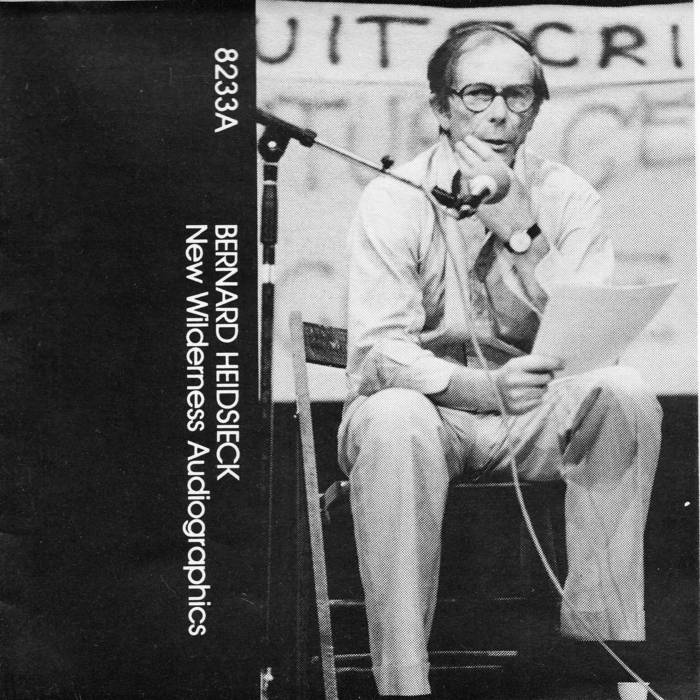 Bernard Heidsieck was born, lives, and works in Paris. As one of the primary workers in the sound-text and action-poetry movements, he has participated in readings, radio performances, film projects, and publications since 1955. His collaborations have been included in various anthologies and exhibitions in many countries. The remaining six sections of "Le Carrefour de la Chaussee d'Antin" were published in Germany by S PRESS in 1973 (tape and cassette no. 18)

"La Carrefour de la Chaussee d'Antin" (passe partout No. 11, 12, 14, 17, 18, 19)
This text is kind of topology of a hot point in Paris: that crossway: the CARREFOUR DE LA CHASSEE D'ANTIN. I know it well, because that is where i work. It is just behind the Opera, quite in the center of Paris: it is a place full of contradictions: you get there in the CARREFOUR and in its district quite close: banks and insurance companies, cinemas, cafes, big store houses, railway-stations, prostitutes, and hotels, a lot of dress shops, and finally political manifestations always pass through the Carrefour coming from the Place de la Bastille to finish not far from there at the Gare Saint Lazare, and there is also the Opera quite close. The tape goes in the direction of the arrows on the plan. Each part is disconnected from the next one by a mixage of quotations said by different people about the 'civilization de la consommation' extracted from different books: it goes from the pessimistic point of view to the rather more optimistic one.