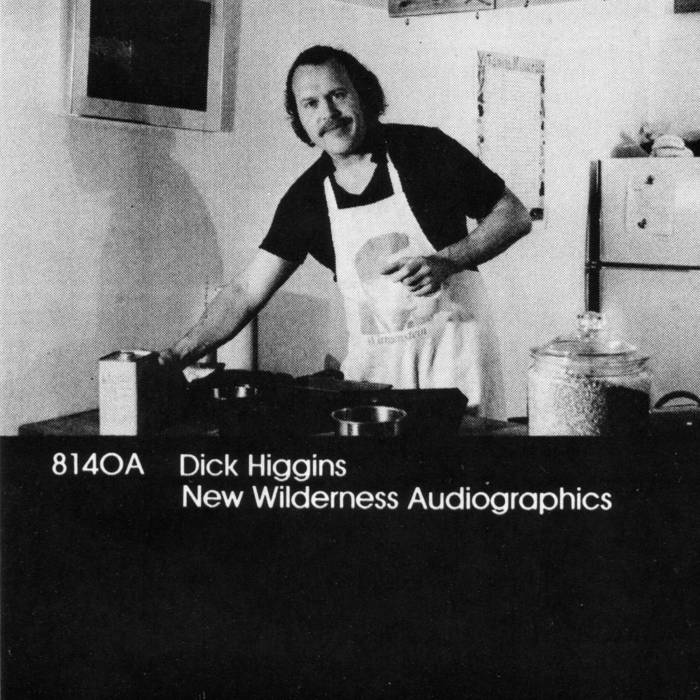 For me, one striking aspect of poetry is its ability to treat its material muscially-lyrically, with information far less important than the interplay between subject and subject, or subject and sound. Thus I was always attracted to sound poetry, to structures of concepts of which a poem would be more an example than a perfect and unique expression and to all kinds of intermedia poetries.

Among my early sound poems, REQUIEM FOR WANGER THE CRIMINAL MAYOR (1962) is certainly the longest: in its full form it last four hours and twenty minutes. It is a Bronx cheer for Robert Wagner, mayor of New York City in the early 1960s, whom i saw as ruining a great city with short-sighted policies. It is to this that the title refers rather than to any obvious skullduggery. All the sounds in the piece are voice-generated, even those that sound like sine waves.

"Long Trail for Jessie," "The Dawn Police," and the last part of "How the Abbot Trilled with his Lady Easy Yet" are structural short stories, in which the narrative is secondary to the content's shenanigans. The listener can, I hope, imagine a few extra sections that I didn't write. The first part of "How the Abbot Trilled..." is a permutation series based on sound, though I leave it to the listener to decide whether or not it is a sound poem as such.

"A Love Song for Straights," "Meta-" "Portrait of a Woman," "ψευδώνυμο," "As: Another Seven," "For Several," and "Gentle Talk" all have patterns indicated by being repeated several times. Again, the listener can imagine alternatives to the stanzas I have written (I hope). "Meta-" builds up a character: the listener can tell quite easily how the meta-person would be about "disgust," "earnestness," "anxiety," or "sex," for instance. "ψευδώνυμο" means "pseudonym" in Greek, a language I do not speak; I may well have mis-pronounced the word, which is an object to me as much as a semantic unit. "Gentle Talk" collages cliches into a poem which is intended to be, as a whole, no cliche at all.

"Lyrical Text #12" and "Lyrical Text #13," "Snowflake: Dark Room, Dark Rose," "Snowflake for a Friend Who Went Completely Straight," "Snowflake: Man's Heart's Mirror's," "Snowflake: Which Shines Brighter?" and "The Snowflake of Giordana Bruno" are all in what I call "snowflake" form, because of how pieces in that form tend to look on the printed page. The "snowflake" is a visual form with words repeated or in the same column on the page, and it always proceeds up to a fulcrum or climactic line or word, after which it is repeated on the way back from how it meant when it was first heard. The two "Lyrical Texts," come from a large work, 1959/60, which is a set of photographs from my early work and from my early happenings, which I described and interpreted in narrative and in poems. "The Snowflakes of Giordana Bruno" embody aspects of the philosophy of Girodana Bruno (1548-1600).

"The Pendulum" refers to the Hanged Man card in the Tarot de Marseilles.

"Poem 1963" "Two Things About the Woods," "A Winter Carol" and "Winter Seascape" all seem to me to be poetry-of-idea rather than poetry-of-language.

"Scenario," "Six Considerations of the Angel," and "Song for Marilyn" were all written using chance operations, throwing dice according to unique systems for each poem. Other poets using chance seem usually to do it applying chance to language, but my way is usually to apply it to ideas or systems.

"Structure (For Cary and Linda)" and "Four Women" use permutations of one patterns, continued until all permutations have been listed.

The "Twelve Telephone Translations" each start with a line chosen from the Baroque poetries of various literatures, and end with literal translations of the line. The second line of each is an imitation using English words that sound like the first line. Each subsequent line imitates the sounds and patterns of the line before it, working slowly towards the final line.

The two "Boris Blastoff" examples given here are light-hearted parodies of my own styles. I think it is very important for every poet, no matter how serious and intense, to remind himself or herself how ridiculous and inadequate his work is: no poem is as great as poetry.

"Caryatid: I Am" and "Trois Carytides au Loop-Garoux" are poems which, once begun, could go on forever. The former is a religious poem, evoking the words of the Lord in the burning bush to Moses "I Am That I Am." The "Trois Caryatides" used French tongue-twisters in its original from, but I have used American ones here. A "Loop Garoux," is a werewolf. The percussion part of "Trois Caryatides..." is played by Roger Berard, a young Vermont percussionist with whom I have given many concerts and with whom I have worked on other projects as well.

"A Hymn t Night" (or possibly a "Him" at night) evokes a love triangle which I knew of in Vermont.

For all my fondness of patterns, structures, and puns, I do not consider myself a formal poet as such, but try to stay close to the principles of Romanticism set forth by the Shlegel brothers and Novalis in the early days of German Romanticism. I reject poems which lack emotional content, and I choose works according to the expression which they suggest to me as an ordinary reader. What is expressed is, therefore, not my personal feelings which are inherent in the experiences to which the poems refer. The poems are, then notations for emotional experience in the same sense that musical notations are notations for musical experience.