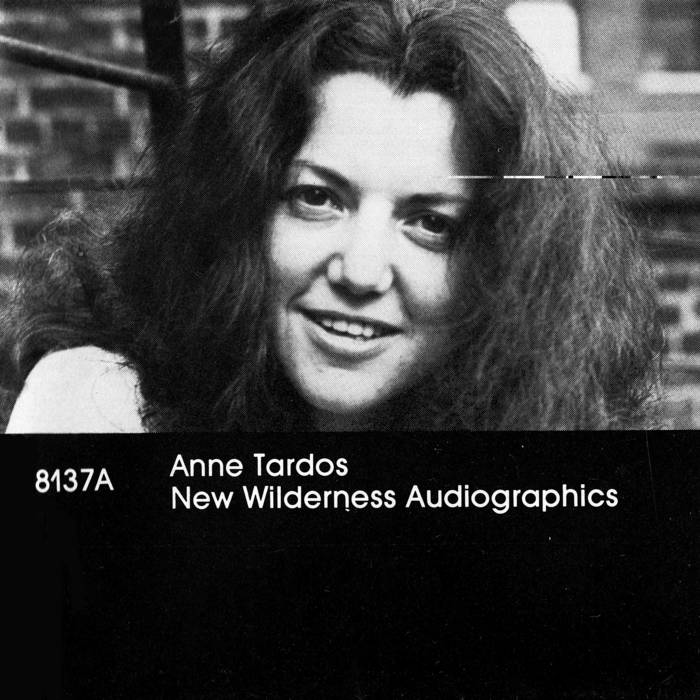 Anne Tardos, born in Cannes and subsequently living in Budapest, Vienna, and Paris, and since 1967 in New York, is a film, video, audiotape, and vocal performance artist, often working in the interfaces between the media. She has performed both in her own works and in those of Jackson Mac Low, Ernst Jandl, Franz Kamin, and Alison Knowles.

Her compositions include: "Song for the FF (Franklin Furnace)," "F" words from an issue of "Flue," 1981; "Water Bira," a refrigerator defrosting accompanies the voice, 1975-81; "Voices from a Video," a five-part voice tape, derived from twin videotapes with live voice, 1980-81; (All three were performed at Franklin Furnace, New York, May 12, 1981); "Suzuki Roshi E-lessly," for voice and keyboard; and three "E-less dialogs" in German, French, and English. Tardos and Mac Low collaboratively realized score/drawings from Alison Knowles' "Fishes of the Phillipine Seas," at Franklin Furnace, September 9th, 1981.

Her films and videotapes include: "Faces," 1971, a film of 360 faces, ranging from human to animal; "Apple Eaters," a 1973 five-channel video event of 30 people eating 30 apples at 30 times in 30 different ways; "Breakfast at Sefanotty's," 1975, a six-channel installation of six artists' breakfasts in New York; "Video Workings," 1980, films and slides derived from video images, and videoexerographs from the slides; "Changes," 1981, a visual interpretation of hexagrams from the I Ching, The Book of Changes, 1981, performed by the poet Jackson Mac Low and the dancer Simone Forti.

Gatherings is a New Wilderness production by Anne Tardos, with engineering by John Guth. Recorded on audio-cassette between 1975 and 1981 in New York City by Anne Tardos.