by The Talking Band 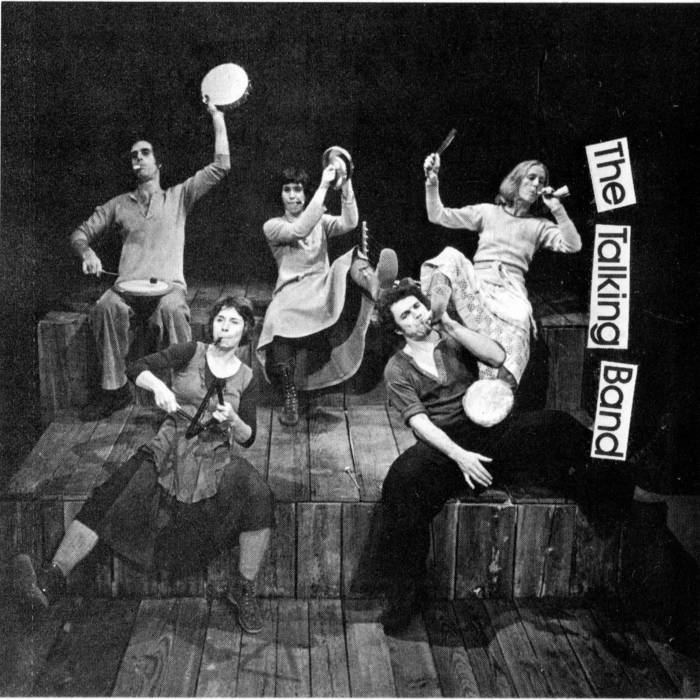 A recording of the Talking Band performing "The Kalevala: an Epic of Finland" on audio cassette with original insert, which includes information about other New Wilderness releases and the Talking Bands other projects.

The Kalevala was first presented by The Fort Worth Art Museum in conjunction with the William Edrington Scott Theater and the Fort Worth Community Theater, made possible by a grant from the National Endowment for the Arts.


Paul Zimet, An Essay on The Kalevala

“Every night they used to sing continuously and never the same words twice. In these days there was storytelling. Just a tall slim boy, I used to sit by the campfire listening and learning what every now and then I began to remember. But much escaped my mind. Were my father living, you would not write down his songs in two weeks. Singers like that are no longer born on earth, and all the old songs are disappearing from among the people.”

An eighty-year-old peasant said this to Elias Lonnrot, the collector of the stories of THE KALEVALA. In 1828 Lonnrot, a rural doctor, set out on the first of many journeys through the villages of Finland to collect “traditional songs, narrative, lyrics and magic, sung by the unlettered singers, male and female.” He wished “to create for Finnish posterity a sort of poetical museum of ancient Finno-Karelian pleasant life with its farmers, hunstmen and fishermen, seafarers and searobbers, also housewives…” He compared, combined, and ordered the many variant stories about the Finnish heroes: Vainamoinen, the old singer and sage, Ilmarinen, the great craftsman, and Lemminkainen, the reckless adventurer. He collected magic incantations and charms—charms to make beer, to staunch wounds, to ward off bears—and also poems, such as the Wedding Lays, that are detailed observations of the day to day life of the Karelian peasants. This collection, his life’s work, he called THE KALEVALA, after the legendary Kaleva district where the actions take place.

The oldest stories of THE KALEVALA date back to at least the Twelfth Century, perhaps earlier. They were passed on from one singer to another at feasts or social gatherings. A singer would hear a new song, remember the essential story, forget some of the details and add some of his or her own. Thus the stories were changed and elevated upon, while the most memorable events, and most powerful charms, were preserved.

It is ironic that by gathering writing down these songs Lonnrot helped to hasten the end of the oral tradition he so much admired. He himself recognized this and wrote, “From now on they (the old songs and singers) will begin to dwindle rather than to multiply with new additions, for whoever at any time wants can get hold of them as a complete book and in fuller form than what any single memory might retain. In this way esteem of singing will pass out of memory, and after the esteem has passed the singing itself, too, will pass from memory.”
Why did we decide to make a theater piece based on THE KAVEVALA? The Talking Band came together to explore ways of re-investing spoken language with energy and meaning. We turned to the work of modern poets—Beckett, Ginsberg, Neruda, Stein—to find ways of expanding the possibilities of poetry as theater. THE KALEVALA first attracted us because of the strength of its language and rhythms. The old Finnish singers believed in the magic of their words and music and endowed them with power. The stories of THE KALEVALA, shaped and pared through being told over and over, were stories that had always been made for the telling, not the reading.

The songs were performed by two singers sitting side by side or facing one another, holding hands, rocking, the rhythm of the line being supported by the rhythm of their bodies and breath. One, the lead singer, would start the lin. The second singer would join in at the end of the line, then repeat the whole line, giving the first singer time to invent the next line. They were usually accompanied by a third person playing a harpline instrument call the kantele. The Talking Band used this traditional form as a point of departure in the first section we worked on – the contest between Vainamoinen and Joukahainen – but for the rest we have tried to develop our own forms of storytelling.

Storytelling is the simplest performing situation. It is direct with one person talking to another. It does not depend on sets, lighting, or props. It needs only a performer and an audience coming together in a space, almost any space.

The stories of THE KALEVALA move on many levels of experience. The singers’ imaginations were not restrained by ordinary reality. “Vainamoinen sang and the copper mountains trembled.” “The wolves he (Kullervo) enchanted into cows, the bears he made into cattle.” But they took equal pleasure in describing the everyday lives of ordinary men and women. We learn how they built boats, made honey, went courting, celebrated weddings, fought battles. Their vision embraces the tragic—they know very well the hardness and shortness of life. Yet they seem to have lived with humor, irony, and, at times, joy. The figures of THE KALEVALA show us what it is to be fully human. Vainamoinen, “the eternal sage,” is also a lustful old man. He can sing songs of great power, but he can also admit what we must sometimes feel.

“Indeed I do not know how to exist, how to live in this dreadful time, in this fleeting final age.”

"The Talking Band, a five-member company composed partly of Open Theater veterans, focuses on the basic theatre problem of how to perform words—especially how to harness the emotive values of vocal and instrumental sounds to underscore the meanings of tests. The group began working on short stories, poetry, and songs, and has gone on to develop collectively two very fine full-length pieces: WORKSONG, a semi-documentary ode-to/critique-of work and money in America; and THE KALEVALA, based on the lyrical, acrid epic of Finland. The Band has by now evolved a distinctive theatre style—highly presentational, visually spare, and aurally rich. Using sensitive orchestrations of voices, body percussion, and traditional and homemade instruments to transmit feelings and experiences to their audiences, this group is wonderfully out of step with the current stage trend towards post-modern and anti-emotion. The Talking Band is currently completing a five-week run at the Theater for the New City." –Eileen Blumenthal, Village Voice, 1979

Music: The Company and Elizabeth Swados

All quotes are from the text and prefaces to THE KALEVALA, translated by Francis Peabody Magoun, Jr., Harvard University Press, 1963.