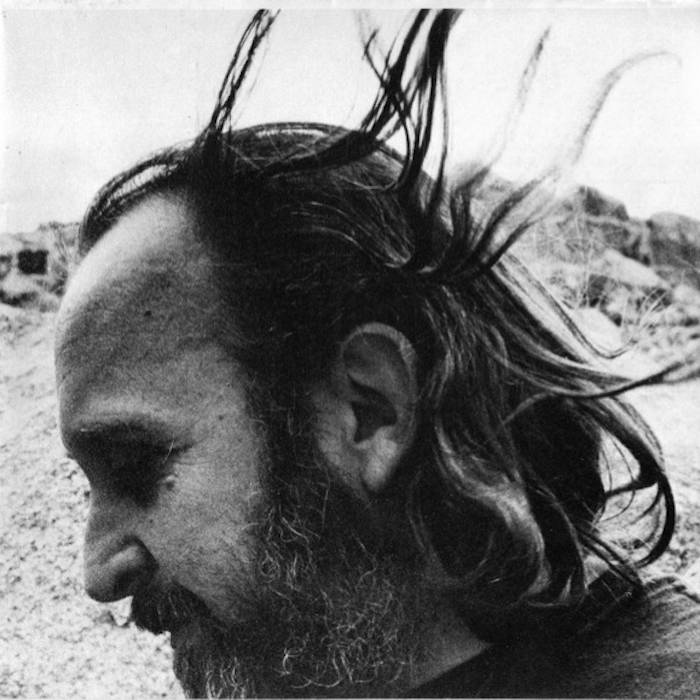 On this tape are multi-track recordings of Rothenberg singing his "total translations" based on some of the 17 "Horse Songs" in the blessingway of Frank Mitchell, a Navajo from Chinle, Arizona who lived from 1881 to 1967.

Jerome Rothenberg is a poet and anthologist. He has published twenty books of poetry, the most recent being "Poland/1931" (New Directions, 1974) and "Poems for the Game of Silence" (Dial Press, 1971; New Directions, 1975). He was the editor of five anthologies, among them "Technicians of the Sacred," "Shaking the Pumpkin," and, with George Quasha, "America a Prophecy." Until 1976 Rothenberg collaborated with Dennis Tedlock on Alcheringa, a journal of ethnopoetics. Rothenberg now edits the arts journal "New Wilderness Letter." He teaches at the University of California at San Diego, and has just completed a new anthology "A Big Jewish Book" (Doubleday/Anchor 1978).

He says "I think of myself as making poems that other poets haven't provided for me & for the existence of which I feel a deep need.

"I look for new forms & possibilities, but also for ways of presenting in my own language the oldest possibilities of poetry going back to the primitive & archaic cultures that have been opening up to us over the last hundred years.

"I believe that everything is possible in poetry, & that our earlier 'western' attempts at definition represent a failure of perception we no longer have to endure."

"Their power, as with most Navajo poetry, is directed toward blessing and curing, but in the course of it they also depict the stages by which Enemy Slayer, on instructions from his mother Changing Woman, goes to the house of his father The Sun, to receive & bring back horses for The People. but short time after the actual delivery, the myth had already taken shape, translating history into the Eternal Dreaming. The 12th Song marks the point in the narrative where Enemy Slayer contemplates returning home with his father's horses & other good gifts; the 13th Song is his prevision of their beauty on earth." **

"With the help of ethnomusicologist David McAllester, I've been attempting "total translations" of all 17 horse-songs, accounting not only for meaning but for word distortions, meaningless syllables, music, style of performance, etc.; &, since translation at no point is mere reproduction, event the music isn't free from changes. The idea was never to set English words to Navajo music but to let a whole work emerge newly in the process of considering what kinds of statement were there to begin with. As far as I could I also wanted to avoid "writing" the poem in English, since this seemed irrelevant to a poetry that reached a high development outside of any written system.

"Under the best of circumstances translation-for-meaning is no more than partial translation. Even more so for the densely textured Navajo. To present what's essentially a sound-poem, a total translation must distort words in a manner analogous to the original; it must match "meaningless" syllables with equivalents in our very different English soundings; it may begin to sing in a mode suitable to the words of the translation; & if the original provides for more than one voice, the translation will also. Does in fact in the final recorded version as I come to it.

"In all this what matters to me most as a poet is that the process has been a very natural one of extending the poetry into new areas of sound. Nor do I think of the result as poetry plus something else, but as all poetry, all poet's work, just as the Navajo is all poetry where poetry & music haven't suffered separation. In that sense, Frank Mitchell's gift has taken me a small way towards a new "total poetry," as well as an experiment in total translation. And that, after all, is where many of us had been heading in the first place." *