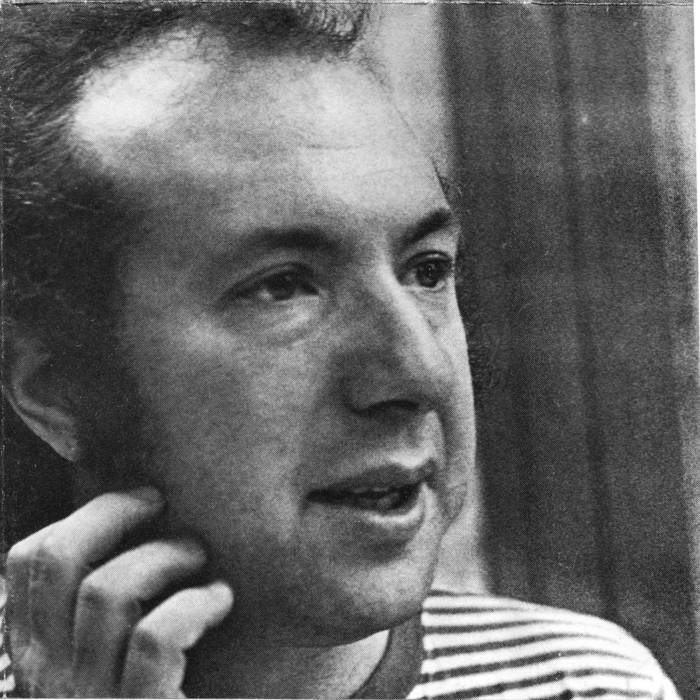 Regulated Spontaneous changes within a flow.

Charlie Morrow, New York composer, chanter, and producer, was also artistic director of the New Wilderness Foundation. Twice a CAPS winner, his work has been performed at Alice Tully Hall ("An Evening with the Two Charlies: Ives and Morrow" 1973), on Little Neck Bay off Queens ("New Wilderness Cross-Species Event for Fish," 1974), at Dartmouth College and Cooper Union ("The Western Wind" 1974, 1977), The Museum of Modern Art (Summergarden, 1975, 1977), and many times at Washington Square Church and elsewhere. He is also known for his work as a writer and producer of jingles for TV and Radio.

"In these chants, Charlie Morrow moves over new ground into the oldest habitation of man's breath and voice: the exploration is very intense, very extended. He is teaching us a language that predates language, that grows as a language itself must have grown in the music of the first shamans and poets. For this is very much a poet's music: attentive to voice and to syllable, projecting them out where they can enter the process of healing and of waking in our own lives... I admire Charlie Morrow's concerns and his accomplishments. I rejoice to see him stalking his own voice as it leads him to what must be some of the most remarkable music of our time." -Jerome Rothenberg, Anthologist of a Book of Testimony, Shaking the Pumpkin Ritual: A Book of Primitive Rites and Events and Technician of the Sacred

"I have always loved secret codes. As a kid in New Jersey, I became a ham radio operator. Music was the ultimate secret code, and I used it as a language to communicate with people through the unique situations that composing a piece for someone would provide. The occasion was magic and still is, as magic as the music itself.

"Jerome Rothenberg inspired me to do a personal music using my voice after I recorded him singing his total translations of Navaho Horsesongs.

"I had been asking people to get in front of the mic in my studio and do half-hour uninterrupted transmissions - mixtures of self-reflection, free association, silence, and complaints.

"So I got myself in front of the mic and chanted three times on a Saturday. These early chants involved elaborate studio schemes to make them tasks I could keep my mind on excitedly. Late Afternoon Chant and Evening Star Chant are from this group.

"In workshops, particularly those with Richard Schechner's Performance Group, I explored healing via singing and synchronous breathing. The nonverbal language I used was my own secret code. But others seemed to understand and be able to create their own. We evolved "A Healing Piece." (See "The Painted Bride Quarterly", Vol. 2, no. 4, shop at that time in my mind was purging and manifestly emotional. The testimony of the celebrant/storyteller/patient is typified by Drum Chant.

"Later work focused on synchronized breathing as a communication and mutual experience of internal states. Breath Chant is a madrigal of breathsounds, designed to stimulate interest in breathmusic and encourage relating via breath.

"As chanting evolved the voices within my voice, my personal cast of characters, personal deities, came forth. I have used them in stories, in improvised dialogues, for self exploration, to underscore looking at the world of nature, as well as to tune my mind into my dream channels. The assortment of chants in Healing Chants comes from this work.

"In an Hour of Changes minutes are counted aloud, and the chanters have to change characters off the top of their heads, smoothly and without self conscious reflection.

"Recent chanting involved one to one performances while Chanting for Visions. I do not listen to the voice but follow the mindscreen and use the voice as a control. The music is less predictable, my observers find, than when it is done with self listening." -Charlie Morrow, December 1977